It's a big day in the Harper/Mahon household: We have finally chosen a wallpaper for our landing! The order has been processed and it's on it's way - there's no going back now.
This might not seem like a massive deal to you but for us it is. It's been nearly a year since we moved in to our lovely home and we were ordering samples a couple of months before that.
We've gone from one 'definite' to another 'definite', to 'let's not have wall paper, let's just paint it' to 'no, let's have wallpaper' and surprise surprise we're back right where we started with our first original choice (but in a different colour way) of Finches by Sanderson. Here it is.... 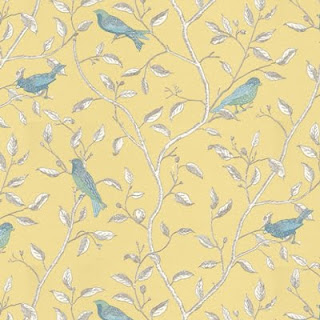 I love this wallpaper, they also do versions in duck egg and green but seeing as we already have these colours in the house we're apparently not allowed to repeat them (says David)

Here's a selection of runners up that were definitely definites at some point. Definitely.

Thanks Wallpaper Direct, you've been great. Hopefully we'll meet again in a few years when I've got an excuse to get my hands on this little beaut! 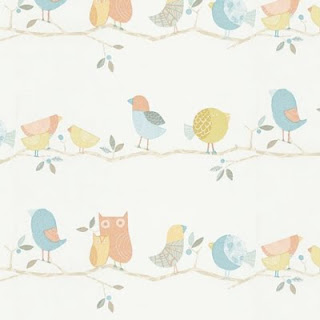 Beautiful! I love the finches. x